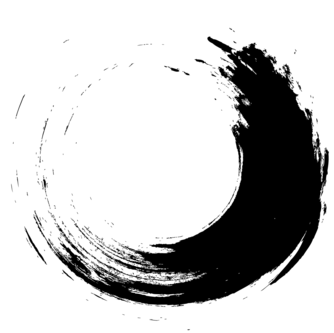 This is your life's biggest game. Shape your reality. Be a Game Changer
2- Be Whole 2.12- Unlock the Wonder Playing Rules

Rule 34: Happiness is overrated! Life does not have to be “pink” – A rainbow is beautiful because of all its colors (Part 1/2)

A tale of two sisters… Like the sun and the moon

My sister and I could not have been more different… Most people do not even believe we are “really” sisters. Nor, for that matter, do we – Lol.
– As a child, she was routinely referred to as the “shy one”…
– Me, on the other hand… Can you guess? as the “chatty one”.

And as if that was not enough to make us stand apart:
– She has inherited the Mediterranean look from my father, being from the deep South of Italy – At the very tip of the boot!
– I took over the fair complexion look from my mum, born in the North – at the foot of the Alps… In fact, most people, at first glance, believe I am French. So long to my Italian national pride!

Naturally then, when it comes to seeking for some advice, my sister pops up in my thoughts as the most self-evident choice. Of course! Because being my opposite, she will reliably give me “the” different viewpoint to my own.

That, and the fact that by the way she is also a psychologist, both help…

Well, there is another inherent “hidden” advantage there: Even my boldest propositions would never get bluntly dismissed as “too crazy” by her.

Why? I mean, dealing with “mental cases” is her job description to me!
So I easily get a “free pass”, for most of my ideas – Lol.

In fact, I would be much less indulgent of my own “mind trips” than she is: I would mercilessly diagnose myself, at times, with chronic indecision and multiple personalities dilemma…

There are still so many things I want to do, so many places I want to be and dreams that keep me awake…

Because I am always roaming around, keen to explore, questioning everything – with the only problem that whenever I find 1 answer, 100 new questions pop up in my head… I never seem to find the “one” right fit for me!

– Should I leave my comfortable life and the privileges that come with my job, for an open-ended sabbatical to travel around the world?
– How about finishing writing THIS book… Would I even have time, when hopping from one place to the next, with my surfboard and many, many new waves to explore?

Ultimately: Who do I want to be?

But then again, my sister is a different case. Ans she did not fail to surprise me, by tackling my dilemma from a new angle. Her first question was:
– Why do you think there is only one “right” choice to reflect who you are?

You are not just one thing, but the sum of all your traits, each equally important.

In fact, inside each of us, there are many “characters” – and one is not “exclusive” of the other. As life is not just black and white – but made out of different colors.

The same is true both with characters and with life: The beauty is in the mix.

And the “secret” is to embrace the whole lot.

A good case in point is… Ehm, an animated cartoon – of which I would have never heard if my sister had not told me the story… For such “intelligence”, you need to have kids, I guess. Or be one.

Inside Out: Let’s cheer our whole inner emotional team!

Have you ever seen the motion picture Inside Out, released by Walt Disney a few years back?

It is the story of a little girl, who is uprooted from her birth town and friends, when her father gets a new job and her family relocates.

At the beginning, things are hard and the “happy” kid gradually discovers a different, yet little known side of her personality, as suddenly new emotions find their bumpy way up to the surface… Yes, welcome to headquarters, the place where decisions are shaped!

And that is where the plot unveils: In the head of this still quite confused kid – Inside Out, remember?

Here, the new lot gets to share the spotlight with Joy, the dethroned “queen” of them all.

Oh… But of course, where are my manners? Please let me introduce you to the newcomers. Here next to Joy, and now sitting in the headquarters’ newly appointed “advisory council”, are: Fear, Anger, Disgust and Sadness.

Yes! As pertinently anticipated by the subtitle of “Inside Out”:
“Meet the little voices inside your head” – Lol.

Together, they are entrusted with the tricky task of steering decisions through the maze of everyday life… So, best of luck with that!

Hey, no need of acting all high and mighty while shaking hands with the newcomers here… Why not granting them some trust for a fair chance?

After all, do you really think that Joy alone would make the best choices?Because this is really “the” question!

Joy here, joy there… We all get it! But happiness gets easily overrated, while the “team” gets overshadowed… Reminds me a bit of my boss actually. Always towering towards the spotlight and casting a long “patronizing” shadow in the way – Sorry…

But how about the other characters? Emotions like Fear, Anger, Disgust and Sadness also play their part… And a key one at that!

Let’s start with Fear, represented in “Inside Out” by a skinny, lila-colored little guy… Without fear, there would be no courage! Because we can only grow and become more courageous by facing our fears, not avoiding them. The absence of fears, on the other hand, is not courage – Guess what? That is stupidity.

Plus, fear helps us to be alert and more aware…

Which is exactly what we need when facing a challenge!

And when we turn a “challenge” into an “opportunity”, that is where also “fear” becomes “excitement”. And the “unknown” transforms into “adventure”… That is where the Magic happens!

Why do we all assume that anger is bad?

Anger – in “Inside Out” aptly played by the red bulky guy not just literally on fire – is what prompts us to react, shaking off the apathy.

And another underplayed quality of Anger is that she does not shy off. She is authentic.

When our neighbour’s dog comes doing its poo in our garden again and we chase it away by throwing it a shoe… We do not question our feelings, in the way we normally go on dissecting, say, whether we are happy or not…

We do not drag on it asking ourselves: “Am I really, really angry right now?”.
When it comes to Anger, we just act. For the good and for the bad.
And throw our shoe to the damn dog!

In fact, we would all have much to gain from standing up more for what we believe in.

We need to get “real” – And get things done.
Sitting on our butt will never change anything… And moping about it only changes one thing: The mood of those we inflict said “moping” upon.
We can only make a difference, when we act!

I will never forget the story of this guy who dreamed of being an entertainer. In fact, he was really good at it, and loved it, when his friends would “hire” to amuse guests…

But he thought that was it: just a hobby – certainly not something he could do for a living. The guy had a “serious job” – quitting it for “just a passion” seemed unsensible. Too risky. Till the day his company hired a “professional entertainer” for a team event… That was a disaster! In his eyes, the guy they booked was so bad that his performance was outrageous. How could he call himself a professional entertainer? That enraged him so much, that he finally quitted his job and decided to become an entertainer himself.

Anger summoned up his guts, where all the sensible resolutions before had failed!
And how many times do we wish for “somebody” to…
For goodness sake: just do something!?

– The time the couple next to us was smoking like a broken chimney, just as we started to unpack our neatly prepared picnic?
– Or the time when we noticed the shaky waitress getting bullied by the occasional obnoxious client, who needed an easy “victim” to vent his (unrelated!) frustration?
– Or just all the times we “know” something is wrong, but… hey, why should we be the one to speak up?

See, this is exactly the biggest problem we are facing: Apathy.
Which is what anger is set to shake.

Do you know what one of the most celebrated geniuses of all time had to say about that?

So yes, a big applause for Anger here!
We need more Badasses rocking the world out there.
Starting with ourselves.

Players only – Rule 57: Empty your “spam”. Free your energy flow. Be defined by what lifts you up, not what drags you down

Rule 35: Do not count the days. Make the days count!

Rule 1: Rise to become the person you wish to have at your side